The limited methods for determining if a part is clean are quite surprising. Many of us use a “visual” test and the famous “Rub test”.  These are visually looking at the part and rubbing our finger on it to decide if it is clean. Some people use what we call the “white glove test”, rub or wipe the clean part with a white rag and see if the rag shows signs of dirt.  These methods are not very scientific and none provides a good method of process control.  One method of measuring to a specific cleanliness level is the Millipore Test.  In general, the test involves flushing an area of consideration with a solvent and collecting the solvent run off.  Next, using a vacuum pump, the solvent with dirt particles is put thru a filter patch and dried.  Then, with a microscope, the size of the particles is measured and the number counted on the filter patch. The final step is to compare the weight of the patch with particles to the same patch before testing.  Results include the largest particle size in microns, quantity of particles and total weight in milligrams.

Many StingRay users use Millipore testing in their operations to monitor and control their cleaning operations.  One example below shows a C175 Diesel Engine Block Millipore Test performed in the StingRay shop by factory technicians.

Step One of the in-house test:  put a large quantity of chips on and in the block prior to cleaning.  Removing the chips from the blind holes and cavity areas is the most difficult.

A critical area is the oil galleries, located after the oil filter on the engine.  On initial start-up, anything in the oil galleries goes straight into the bearing journals.  Cleaning these areas with the StingRay Block Flush System is very effective—the flush system blows out the oil galleries with filtered, pressurized wash solution and puts the chips outside of the critical lubrication pathways.

Any chips external of the oil galleries get filtered out in the oil filter before going to the bearing journals.  It is important that the standards set are realistic about the chips and the cleaning required.

Some things to consider: Microns are very small; 40 microns is about the smallest particle one can see with the naked eye.  After the block is cleaned there are 10,000 operations left to perform to assembly of the engine, each with the possibility of introducing chips and dirt into the engine. There is no point in cleaning to an extreme level if subsequent operations put dirt back onto your clean block. 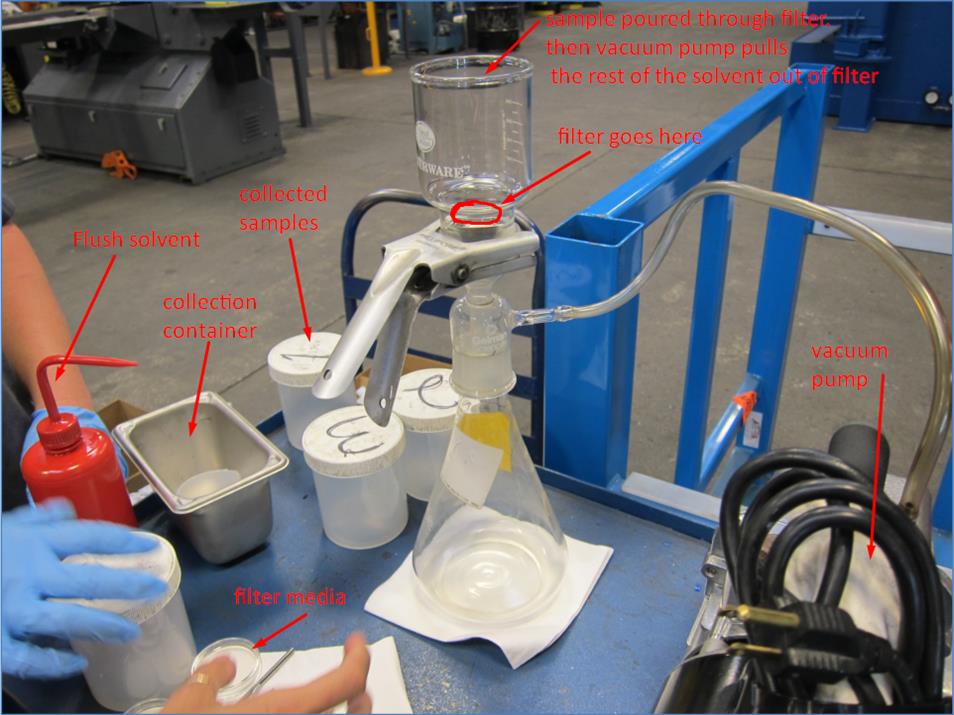 There are many contaminants in the sample that are of little consequence for engine block cleaning.  Weighting them and rejecting the cleaning results because of weight is misleading.  This is how good samples can get rejected.

Results:  Testing personnel were extremely happy with the test results, stating that results were running about 1/3 of the allowed particle size.  Different areas of the block have different allowable particle sizes; for instance, between the two cylinder banks, the top deck area’s acceptance criteria allows for 1800-micron particles.